The contract from the climate summit in Paris shall apply from 2020.
The Müller-Guttenbrunn group already lives active climate protection.

It is done! At least a good first step. After long and clever negotiations an agreement was reached at the climate change summit in Paris, which concluded into a binding contract. In total 195 states reaffirm to limit the average global warming to below 2 degrees Celcius compared to pre-industrial times. The first step is a big one – some observers even speak of a revolution – but it must be followed by many other concrete steps.

The next step will be definition of the national climate targets. These are required to be submitted by all the states for the period as from the year 2020. These targets and objectives are then continuously monitored and intensified. For the developed countries in particular, the reduction of the CO2-emissions are crucially important.  In this area, the Müller-Guttenbrunn Group together with the entire recycling industry are setting the example since many years. „By recycling of metals and plastics our group of companies already contributes to save around one million tonnes of CO2-emissions per year,“ proudly says Christian Müller-Guttenbrunn. He is pleased to conclude that MGG is already actively combating climate change.

The contribution of recycling 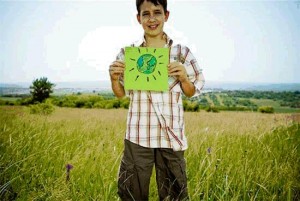 This is a big motivation

The recovery of the different metals and plastics protects the planet in many other areas. A recent scientific lifecycle analysis from 2015*, shows that plastic recycling is a factor of 6-10 times better that the production of virgin plastics.

„Such figures are a huge motivator for us in the recycling business. Recycling contributes largely to climate protection. Therefore, we exert ourselves to improving our technologies and processes all the time – we want to exemplify climate protection“, says Christian Müller-Guttenbrunn, who believes to even see ways to improve these values. If many players in the world are behaving like us and take the necessary steps to move ahead, it is possible to successfully implement the climate protection treaty of Paris as from 2020.