Nowadays, even car manufacturers can no longer ignore the principle of recycling. Due to the increasing number of electric cars sold, many companies are concerned about the ecological challenges of disposing of or recycling electric cars and their batteries. This is also a challenge for the recycling industry, which is why we asked MGG CEO Christian Müller-Guttenbrunn for an interview. 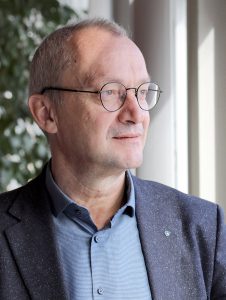 Mr Müller-Guttenbrunn, the purchase of an electric car is becoming increasingly popular among Austrians. In the previous year, more electric cars were registered than diesel vehicles. Have e-cars already been scrapped at the Metrec site in Amstetten?

Christian Müller-Guttenbrunn: Yes, but these were mainly accident cars. After some initial perplexity, however, we found ways to overcome these challenges. At the moment, however, the disposal of electric vehicles is still a negligible issue. However, if the development continues like this, there could be major challenges in a few years. Above all, the handling of batteries is the issue: batteries contain more or less residual energy that must not ignite or explode.

That’s why most car manufacturers have already started thinking about how to manage the recovery of the car battery in their own company. I understand that, too, because there is a lot of money at stake for the companies! The batteries are the most valuable part of the electric car. In principle, they have a long service life, but their efficiency decreases over time. A good alternative is therefore not to replace the entire battery, but only individual cells of the batteries, in order to regain a higher efficiency of the battery.

But this issue also has a monetary component. Imagine that the batteries in an electric car are worth 10,000 euros. Even if the efficiency is halved, there is still a lot of energy inside that is also valuable – in this concrete example, roughly speaking, 5,000 euros. So these old batteries still contain a lot of financial potential, which the car manufacturers will not miss in the long run. The question will be how to get the full power out of these low-power batteries again or whether there are alternative areas of application – for example as storage for private photovoltaic systems.

What are the risks of disposing of an electric car?

Christian Müller-Guttenbrunn: Disposing of a petrol or diesel-powered vehicle is relatively simple. We at MGG Metrec have had a great deal of experience in this area for decades. With an electric car, there are numerous power lines distributed throughout the car, and that makes the whole thing more special. You can’t just dismantle electric cars with pliers, the tools have to be specially coated and, above all, the employees have to be trained for this. But something can always happen. After all, there may still be voltage in the vehicle to be disposed of, and if not handled properly, such a battery can burst into flames! That is the worst case scenario, so to speak. 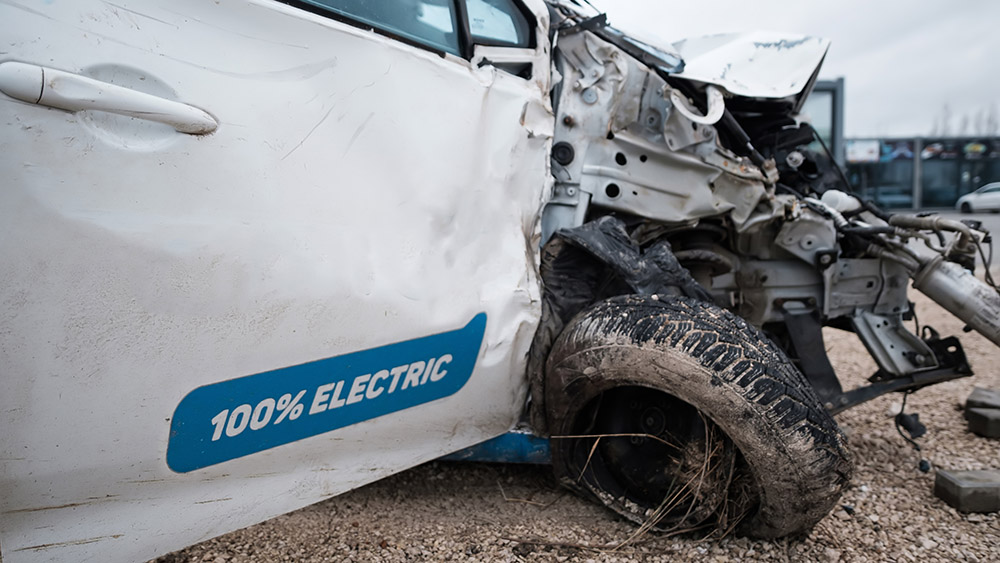 E-car wrecks can still be live. Therefore, utmost caution is required when recycling.

Have you taken precautions for such a case?

Christian Müller-Guttenbrunn: We are currently taking a closer look at possible solutions. At the moment we are examining whether structural measures, for example boxes that can be flooded with water, are a possibility. A burning electric car would be immersed in these basins and allowed to burn out. One disadvantage of this „immersion variant“ is that the water used in the box is contaminated after the fire and has to be disposed of specially.

We therefore tend to rely on new extinguishing technologies that can be used to control a battery fire without water. In Holland, there are already special extinguishers that can nip a battery fire in the bud in just a few seconds! We’ll see what the future brings.

You yourself also drive an electric car. How does that feel for you?

Christian Müller-Guttenbrunn: In terms of driving comfort, it’s a great experience. Have you ever driven in the Prater Autodrom? You step on the accelerator and the power is transmitted without delay. It’s really fun! In the meantime, it’s also more financially lucrative than it was a few years ago due to government subsidies. I think that e-cars will have a decisive impact on our future mobility.

Mr Müller-Guttenbrunn, thank you for the interview!