The MGG companies in Mostviertel are working hard on the green mobility of the future. Two e-filling stations were recently put into operation on the MGG Metran site, and a photovoltaic system will be set up in addition to the existing e-filling station at the Amstetten site

Climate goals have been an ongoing topic for years. To achieve this, a great deal of effort is required – for example, to drastically reduce direct CO2 emissions. For many years, the Müller-Guttenbrunn Group has made numerous efforts in a wide variety of areas to reduce CO2 emissions – and of course is still working on it.

For e-cars and e-bikes

Efforts are currently being made primarily with regard to electromobility: to this end, an 800 kWpeak photovoltaic system was installed at the MGG Polymers plant and a 600 kWpeak PV system at MGG Metran last year. That’s a total of more than 5,000 PV modules on the roofs of the recycling plants. „We use the electricity we generate with the power of the sun in production, where we can more than halve the electricity we draw from the grid in summer when the sun is at full power, and now we can also supply it to our own e-charging stations for electromobility. This way, we can actually put this power on the road,“ explains MGG Managing Director Christian Müller-Guttenbrunn. That’s why two e-charging stations went into operation at MGG Metran this fall. Each has two 22 kW connections. In this way, the solar power produced by the 600 kW peak PV systems on four hall roofs can be fed into the vehicle batteries. In addition, there are also charging options for e-bikes.

„By autumn 2021, our PV system has already produced nearly 500 megawatt-hours this year. That’s roughly the annual consumption of about 200 households!“ reports Gunther Panowitz, managing director at MGG Metran. The amount of carbon dioxide saved in this way is around 240 tonnes – compared to the already very environmentally friendly Austrian electricity mix, which has a very high proportion of hydropower.

In the near future, Müller-Guttenbrunn also wants to offer green e-mobility at the Amstetten location (MGG Headquarters, MGG Metrec). There has been an e-charging station for two vehicles there for a year. „Now, of course, we also want to supply the green electricity to go with it,“ MGG Managing Director Christian Müller-Guttenbrunn announces. Therefore, a 2,200-square-meter photovoltaic system with an output of 204 kWpeak will be installed this autumn. If everything goes according to plan, the plant should go into operation this year. 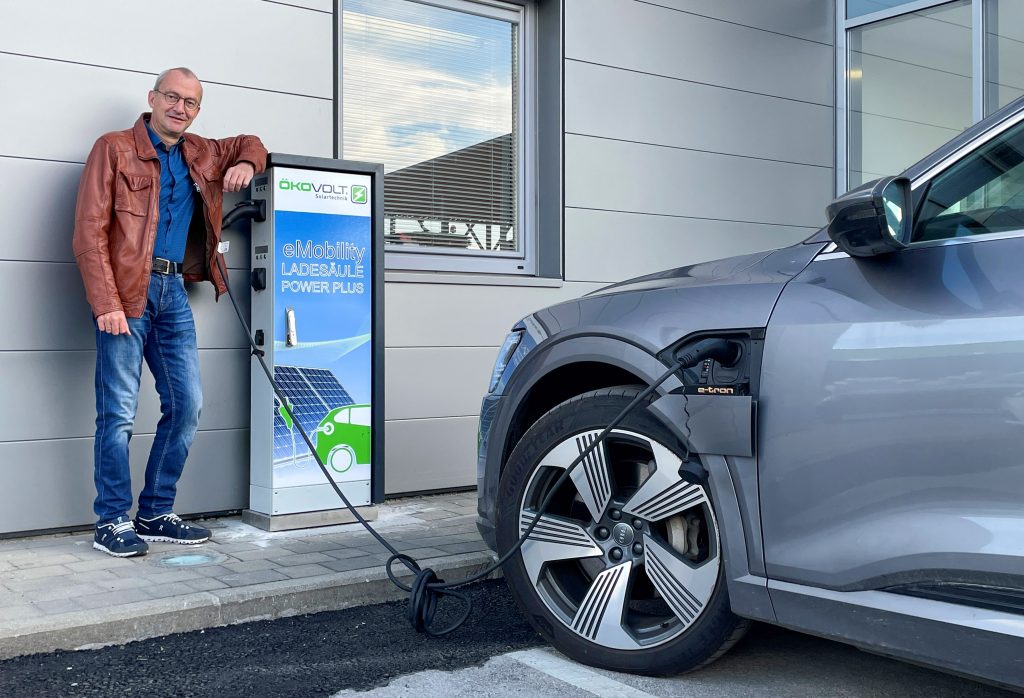