Experiences from the Corona period 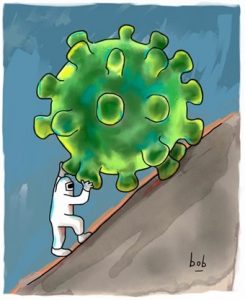 Corona has not only changed our personal behaviour, but also the economy and society. The Mostviertler MGG companies have also felt the effects of this. Let´s take a look at what happened in 2020.

Corona was and is the main topic of this year. Like a tsunami, the virus swept over the world, which was completely unprepared for it. When Cov-Sars-2 had also arrived in Austria, things took an abrupt turn – and the country was standing still. The lockdown brought many things to a shutdown. This also applied to the waste collection industry. The waste collection points were all closed in March. Thus the flow of waste material dried up. This also became noticeable in the Müller-Guttenbrunn Group.

From the three Mostviertler MGG plants, MGG Metrec in Amstetten was the first to be affected. Due to the lack of quantities of electrical waste and scrap, it was decided to make use of the option of short-time working. “In the beginning, we had a crisis meeting every second day because none of us knew what to do next,” recalls Michael Grimm, Managing Director of MGG Metrec. Gradually, MGG Metran and MGG Polymers were also affected by the lower volumes.  As no more recycled material was arriving from abroad, all offices were closed, short-time working and home office for employees were introduced. A completely new experience for many employees. 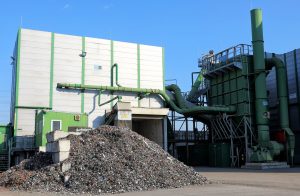 After the lull came the flood

After the initial shock was overcome and infection rates in Austria remained relatively low, the harsh measures were eased in April. At the end of April, the first waste collection centres resumed their work. After waste volumes had tended towards zero, there was now an enormous boost. Many people had used the time of the lockdown to clear out cellars and attics and to sort out a lot. But this was not only in Austria – also from the neighbouring countries a lot of material was delivered. MGG Metrec had already ended short-time work at this time. 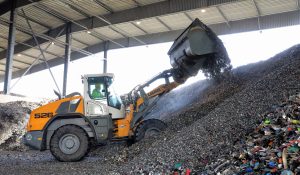 Things looked different at MGG Polymers, as Managing Director Chris Slijkhuis describes: “We always kept our logistics department occupied during the lockdown phase in order to be able to accept incoming material. Our plan was: as soon as we could produce for at least ten days, we would start up again. On 5 May we were finally ready to start again”. If the necessary material for recycling was missing in the weeks before, the opposite happened: The flood of material could hardly be managed. The stock of material was quickly filled up again. However, it can be assumed that the flow of material will be reduced again, as the emptied cellars and attics are probably only a one-off effect.

A similar effect was also seen at MGG Metran, where work output was initially reduced by 20 percent by means of short-time working until June. “Since July, we have had a relatively normal volume of material again,” says Managing Director Gunther Panowitz.

The crisis as an opportunity

As is well known, every crisis also offers an opportunity. The Metran plant used the time with low capacity utilisation for tests and trials. “We want to get better and better – that is our claim. That is why we have experimented with material stocks to further optimise our separation processes”. 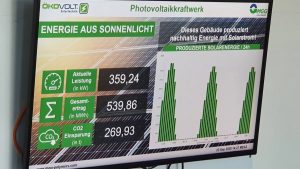 MGG Polymers also used the time to put a new photovoltaic system into operation. This has already produced over 535 megawatt hours this year. This corresponds to a CO2 saving of 270 tonnes. In addition, the MGG company repositioned itself on the market and emphasised the sustainability of plastics production. “We want to make our customers even more aware of the fact that we produce sustainable plastics from old electrical equipment in a quality that can be reused for the production of new appliances,” emphasises MGG’s Managing Director Slijkhuis and also refers to the new website that was created during the Corona period.

Thanks to the willingness of the employees to work short time and reduce vacation time, it was possible that the entire workforce could be maintaine. In the meantime, all three Mostviertler MGG plants are working back to normal levels. Nevertheless, the corona rules do influence the daily working routine of the employees – and nobody can predict how things will continue in the coming weeks and months. However, all managing directors of the MGG plants agree on one thing: “Hopefully there will be no further lockdown!“