After a break of more than two years due to the pandemic, it was time to intensify the personal relations between the Müller-Guttenbrunn Group and institutions and schools again. 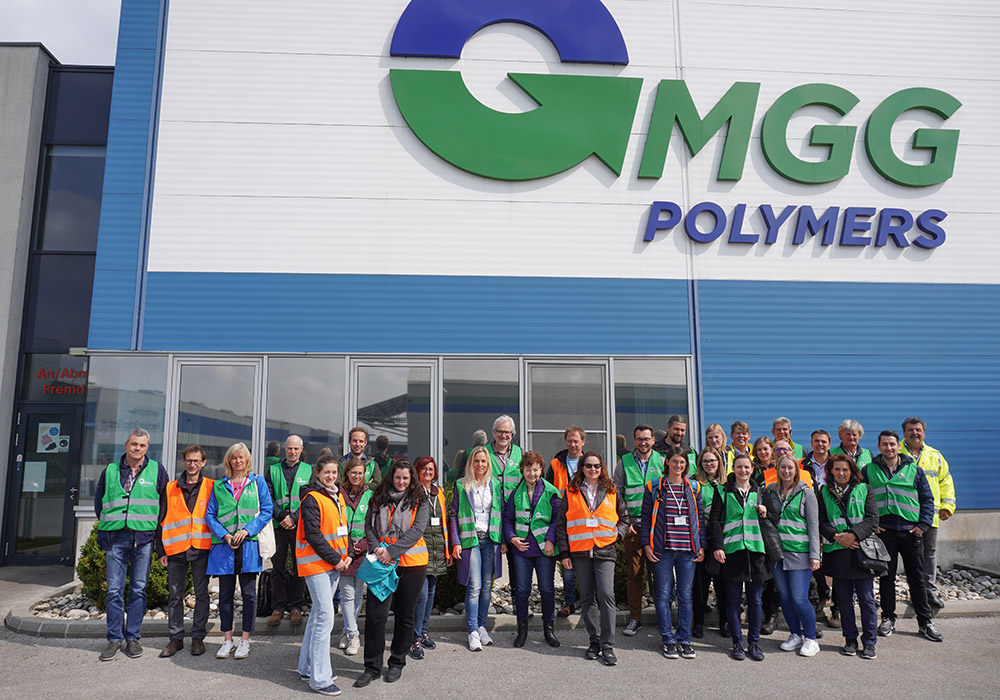 The EAK – Elektroaltgeräte Koordinierungsstelle Austria GmbH – visited the companies MGG Metran and MGG Polymers in Kematen in the course of the 10th Waste Consultants Workshop at the end of April 2022. After short words of welcome by Elisabeth Giehser, Managing Director of EAK, Chris Slijkhuis guided one of the two groups through the premises of MGG Polymers and gave an insight into the working field and the fascinating technology of the company as well as its problem areas and market opportunities. The process from plastic waste to recycled granulate could thus be very well understood by the waste consultants.

At MGG Metran, the plant tour of the second group was taken over by Innovation Manager Daniel Forstner. During the tour, the crushing and sorting plants were shown and explained. It was also possible to get a good impression of the unprocessed and the already separated materials as well as the throughput quantities.

On day two of the workshop, former Polymers managing director Chris Slijkhuis gave another presentation for all participants. „It’s just good to get back into direct and personal contact with other companies. Networking always brings everyone involved a step forward. You can learn from each other and, of course, the relaxed and friendly atmosphere is not neglected at the Müller-Guttenbrunn premises. We hope we won’t have to miss events like this again,“ says Slijkhuis. 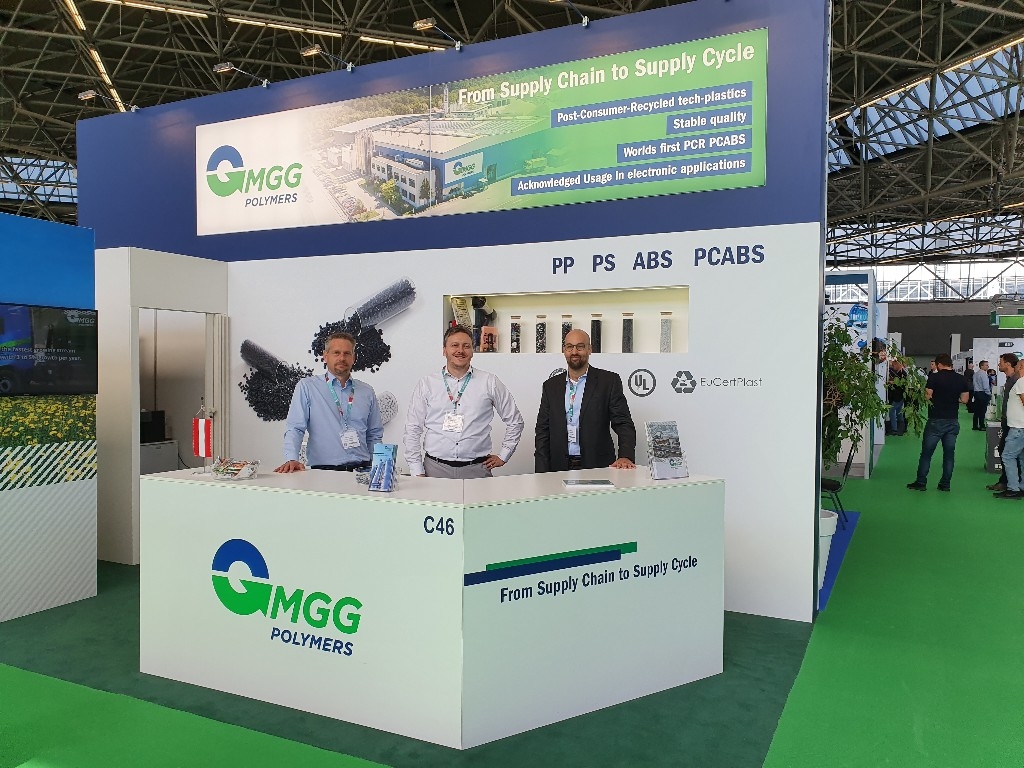 However, the return to normality is not only evident in the company visits, but also in the trade fair sector. For example, MGG Polymers was represented at the PRSE (Plastics Recycling Show Europe) in Amsterdam at the end of June 2022, and the lively interest of the visitors was clearly noticeable. Full of anticipation, the company is looking ahead to Germany, where from October 19 to 26, the plastics trade fair „K“ will take place in Düsseldorf. Two further highlights, which already took place in April, were completely in the sign of the future and the new generation at MGG.

In search of the researchers of tomorrow!

Shortly before the Easter vacations, Barbara Moser and Christian Neumann paid a visit to the Secondary School for Environment and Economy in Yspertal as part of the „Entrepreneur Day“. Thereby the MGG Polymers representatives were welcomed with open arms. At the beginning of the event, each company present introduced itself on a stage. Afterwards, there were personal discussions with more than 140 students. Satisfied, Barbara Moser summed up: „We clearly felt the curiosity of the young adults. On the five-year path to the matriculation and diploma examinations, many essential topics and specializations are taught here at the school in the fields of environment and economics or water and municipal management. Thus, the HLUW trainees acquire an enormous amount of specialized knowledge in both theory and practice. The young people spend a large part of their time in the in-house laboratory. Research is carried out in the subjects of chemistry, physics, biology and microbiology. Our discussions were at a high level, and we were able to tell the interested young people a great deal about our company and our mission, leaving no questions unanswered at the end of the day.“ After the lively exchange, the school still allowed a tour of the premises of the educational institution. This gave both parties the opportunity to get to know each other a little better. 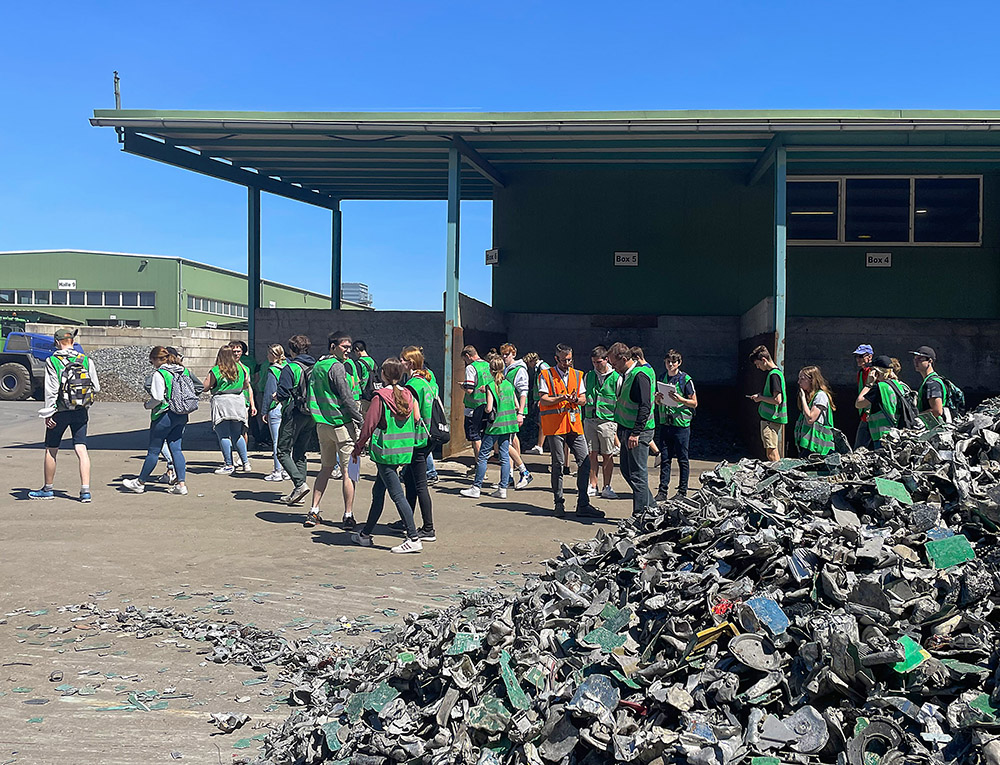 In mid-May, the return visit took place, so to speak, and a group of students from HLUW Yspertal visited the plants of the Müller-Guttenbrunn Group in Mostviertel. 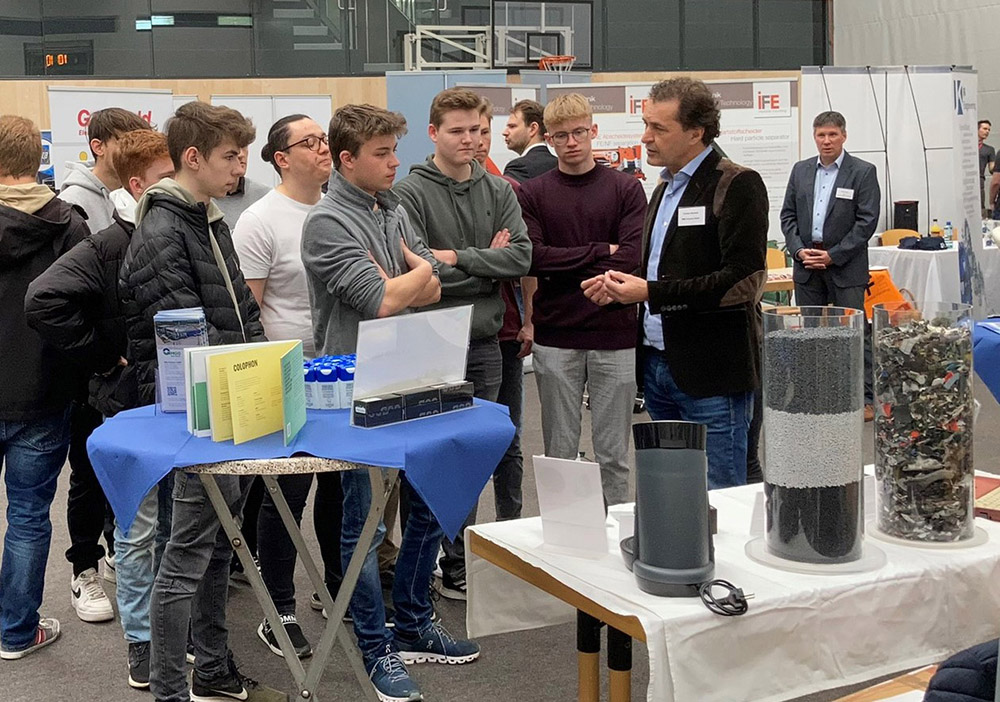 The students of the HTL Waidhofen an der Ybbs showed great interest in the explanations of Christian Neumann at this year’s Company Day.

Not only with the HLUW Yspertal, but also with the HTL Waidhofen an der Ybbs MGG maintains a close relationship due to the historical development of the company. On April 7, the Mostviertel recyclers presented themselves with their information booth to the students of the HTL. Altogether, about 300 young people of the last two years were able to inform themselves at all exhibiting companies and thus to filter out potential partners for the entry into professional life.

At the information booth of MGG Polymers, the students were shown how new products, for example coffee machines or W-Lan routers, are manufactured from waste electrical equipment. The presentation of various material samples gave the young people a „tangible“ insight into the world of recycling. Christian Neumann from MGG Polymers was available to answer questions from the bright students. „The students of the HTL Waidhofen are always welcome at our company. Be it for a holiday internship, as part of a diploma thesis or as an employee at our company. So far, we have only had positive experiences,“ reports MGG Polymers representative Christian Neumann.