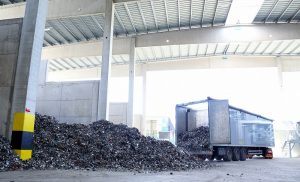 Before 1 January 2021, a new legal framework must be created for the cross-border transport of plastics. The intention behind this is to drastically reduce plastic waste in the sea. However, there are still uncertainties that threaten the existence of recycling companies that reprocess plastics from electronic and electrical equipment.

Over the last 100 years or so, plastics have changed our planet and our society enormously. Much of what is taken for granted today would be unthinkable without plastics. Despite many positive aspects of plastics, they are considered one of the biggest environmental problems of our time. The oceans are suffocating in plastic waste, microplastics are now found almost everywhere and the consequences that will result are still completely unclear. But many things need not be…

Why so much plastic can get into the environment (e.g. the oceans)? The simple answer: Because in many cases products made of plastic and the resulting waste are not handled carefully. An example of this was the export of plastic waste from Europe to other parts of the world, where the material is not recycled, re-processed or discarded properly.  In many cases it is the profit that counts, not the well-being of people and the environment. Whether at the electronic scrap landfill in Agbogbloshie or in inferior recycling plants outside of Europe: environmental and social standards are lacking, outdated processes are being used. Valuable plastics are melted down without proper separation steps, while unprofitable by-products and waste products often incinerated in the open air or disappear into the environment.

A proposal to protect the oceans

It is precisely such practices that the Norwegian delegation wanted to put a stop to in 2017 within the framework of the Basel Convention (international environmental agreement with 170 member countries, which regulates transboundary transports and possibly hazardous waste) in order to protect the world’s oceans. The proposal should make the cross-border transport of plastic waste more difficult.

Therefore, plastic transports should be divided into three groups: 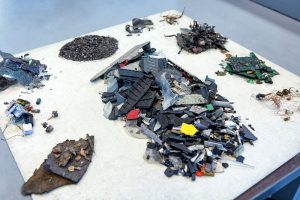 – pure plastics: These fractions are already sorted and only need to be extruded. The total quantity of this fraction can thus be recycled. The transport can be listed “green” (like most plastic waste up to now), no complex controls are necessary.

– mixed plastics: These fractions still have to be separated, whereby a certain proportion is (possibly) not recyclable. Here a control is necessary to ensure that the processor of these plastics does everything correctly and that no environmental risks arise. The authorities in the participating countries must be involved. A notification procedure makes this assurance possible, (procedure of prior consent) which in Europe is implemented in the Waste Shipment Regulation. However, the mixed plastics material would not be classified as hazardous waste.

– contaminated plastic waste:These fractions contain not only different plastics as a mixture, but also impurities. These wastes would be classified as hazardous waste, which also require a notification procedure (procedure of prior consent) which in Europe is implemented in the Waste Shipment Regulation.

This proposal has good intentions and is an important step in many respects – but one must be careful not to stumble! This applies to EU countries such as Austria, especially with a view to not unnecessarily slowing down or even making impossible the recycling of plastics within the European Union.

By 1 January 2021, the proposal described above must be incorporated into valid legislation. The EU Commission has therefore submitted a draft to adapt the legal framework. This creates worry lines for companies such as MGG Polymers, which recycle plastics from waste electrical and electronic equipment (WEEE), as many questions remain unanswered and legal pitfalls could develop.

EERA, the Association of European Electronics Recyclers, takes a similar view. They fear that the current draft of the legal text could lead to the obligation to declare WEEE plastics as hazardous waste. The reason for this is that substances such as brominated flame retardants are used as additives to give the plastics the required properties (e.g. flame-retardant). Such a classification would mean that many recycling companies would not be allowed to accept WEEE plastics at all from 1 January next year because they do not have permits to accept hazardous waste.

In addition, the transport of plastics, which would suddenly become hazardous waste, would become considerably more expensive. A further effect would probably be that the cost of incinerating the waste fraction containing the undesirable substances would also increase considerably. 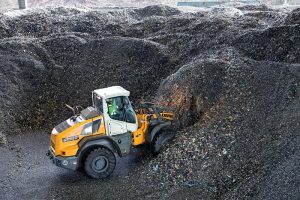 This cannot be in the inventor’s sense! Enormous sums of money are invested in plants like MGG Polymers to be able to recycle plastics from waste electrical and electronic equipment in the most environmentally friendly way possible.

Thanks to modern technology, impurities and prohibited substances are separated, taken out of circulation and destroyed in thermal processes (incineration) in an environmentally safe way. However, such plants require large quantities of plastics in order to operate successfully.

If there are not enough plastics available on the national market or if this recycling facility – as is the case with MGG Polymers – is located in a small EU country, it is necessary to source this material from other EU member states. “If such transports are no longer possible or unprofitable due to a new classification, this would only have negative effects,” says MGG Polymers Managing Director Chris Slijkhuis with conviction. “It would have a significant adverse effect on the EU plans for a circular economy. Established recycling targets would remain unattainable. On the one hand, this would add to the shortage of processed recycled plastics, while on the other hand, plastic parts from old appliances would have to be discarded and this is no good to the environment. Nobody can want that.” 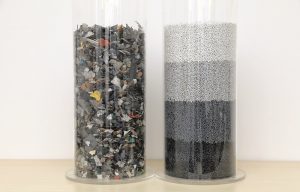 For this reason Slijkhuis supports the EERA demand for a Y48 (EU48) classification of WEEE plastic waste. This would mean that such fractions would be classified as non-hazardous but notifiable waste. This would allow the competent authorities in each EU country to check compliance with all regulations.

These proposals would also be in the original sense of the Norwegian delegation to the Basel Convention, because the proper recycling of WEEE plastics is definitely the most effective way to avoid plastic waste in the sea!