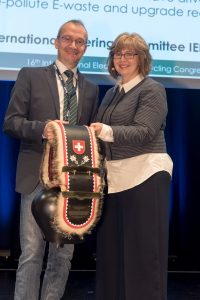 Christian Müller-Guttenbrunn and his team were honored in Salzburg with an award in the form of a cowbell.

Christian Müller-Guttenbrunn was honoured with the “IERC Honorary Award” during the 2017 IERC conference in Salzburg. This award – in the form of a large cow bell – is handed over annually to an outstanding personality from within the global recycling sector for E-Waste.

This year, the jury praised the Müller-Guttenbrunn Group for its special commitment to the environment and its constant innovative strength. Not only the foundation of new companies in Austria and Eastern Europe, but also – and particularly – the development of new recycling processes in the recycling of E-Waste were mentioned as highlights that formed the basis for this recognition.

Christian Müller-Guttenbrunn sees this award as a recognition for the work of his entire team:”Only through our committed employees have we been able to excel our visions as one of the leading electronic waste recyclers in Austria with ramifications well beyond Austria’s borders. That is why I was so pleased to accept this international award in the name of the entire Müller-Guttenbrunn Group at the IERC conference in Salzburg.”

However, Christian Müller-Guttenbrunn sees the award not only as a sign of recognition for achievements so far. From his point of view, it is also an incentive and obligation to continue the work with all energy for the sake of a better environment in the future – much in line with the motto of the Müller-Guttenbrunn Group: “Nature does not know any waste – neither do we!” 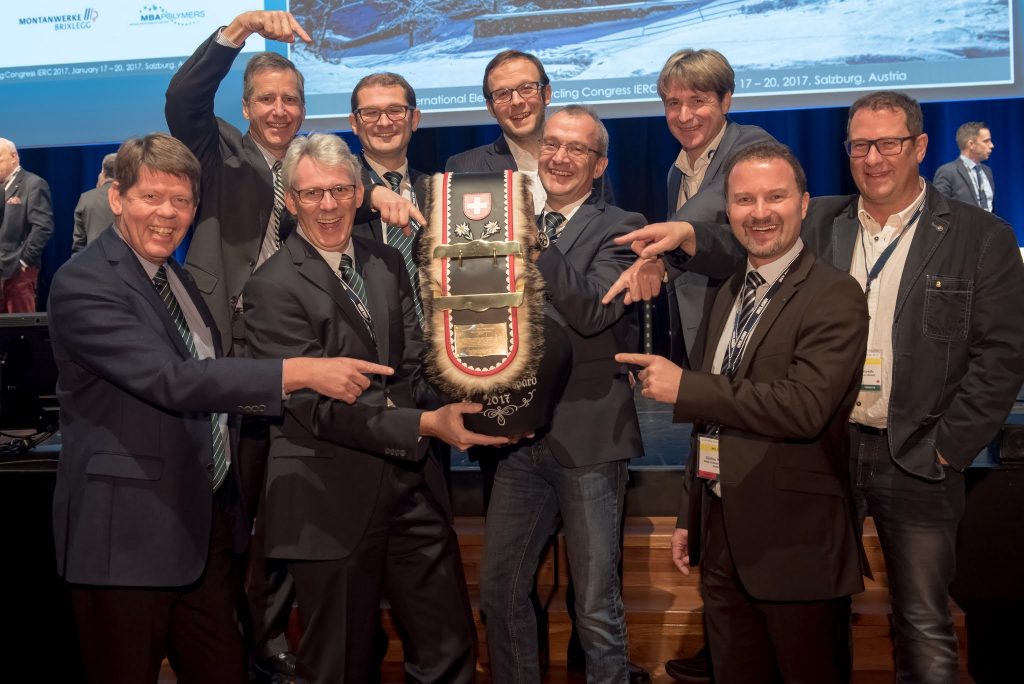 Across the border with a new code

"As if the company belonged to me"

When recycling gets dicey