Major WEEE and ELV Plastics Recyclers at the COP 2017 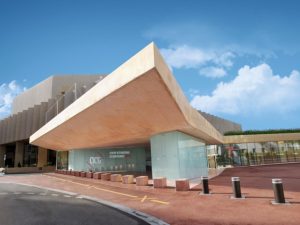 The main objective of the United Nations Environmental Programme’s Stockholm Convention is to protect human health and the environment from Persistent Organic Pollutants (POP’s). In a complex procedure the “Conference of Parties” (COP) defines substances that need to be controlled by either production restrictions and/or usage restrictions.

During the next COP 2017 meeting, a brominated flame retardant substance called Deca-BDE will be discussed and it is likely that this substance will be added to the list of restricted POP substances. The recycling industry will of course be influenced by such restrictions. Deca-BDE has been used intensively in durable products such end-of-life vehicles (ELV’s) and Electronics (WEEE) in the past.

Flame retardants are generally used to slow down any potential fires in heat generating equipment for safety reasons. The term “flame retardant” therefore refers to a function and not a family of chemicals. Deca-BDE therefore is one of many substances used as flame retardant and it belongs to the group of Brominated Flame Retardants (BFR’s) and is part of the substance group Poly-Brominated Diphenyl-Ethers (PBDE’s). As long as the BFR’s are in the matrix of the plastic, they do not do any harm. 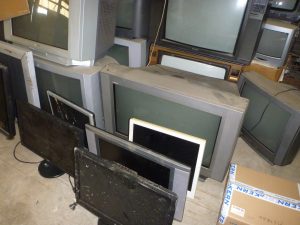 After all, the television sets in which they are used, stay in private homes for many years. The risk is that they do not break down easily and that they should not be dispersed into nature. Furthermore these POP’s need to be incinerated at high enough temperatures in order for the molecule to be broken down.

As such substances get restricted the recycling industry is confronted with a legacy of these restricted substances that are returned in ELV’s and WEEE. This is not the first time that a BFR flame retardants is restricted and our innovative recycling industry has until now been able to separate plastics with Brominated Flame Retardants (BFR’s) from ELV’s and WEEE plastics following the concept that such substances separated into an identifiable part of the waste stream at the end of the treatment process, which is monitored to ensure environmentally safe treatment.

Following this concept detailed chemical analyses of input material for recycling do not make any practical nor economic sense. Shredder residues from WEEE and ELV’s are treated to recover a plastics mix from these residues and this plastics mix is recycled by specialized plastic recycling plants. The “target plastics”, those plastics without substances of concern such as BFR’s, are recycled into compliant Post-Consumer Recycled plastics and the non-target plastics – which may contain substances of concern embedded in the plastic matrix today are incinerated thus discarding these substances of concern (it can be debated whether it would not be better to have special and controlled material outlets for these BFR containing plastics).

The largest European WEEE and ELV plastic recyclers will join to present these recycling concepts to the participants of the COP 2017 in Geneva at the end of April to call for:

If these plastic mixes from WEEE will be defined as hazardous waste, the plastics recycling will come to a halt, as plastic recycling operations are not permitted to treat hazardous wastes.

Recycling plastics from WEEE and ELV’s are basic requirements to fulfil the recycling and recovery targets set by the EU, it contributes to the development of a circular economy and it results in immensely reduced energy consumption and much lower CO2 emissions.

Films that will be shown at the recycling booth at the COP 2017 Technology Fair: 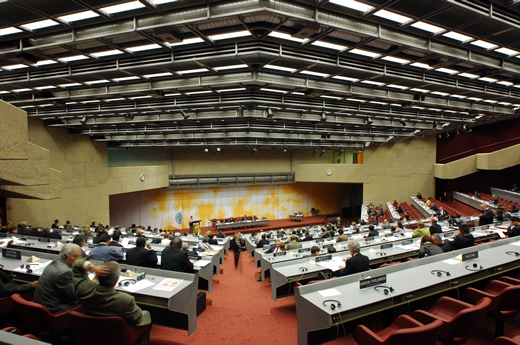