The 18th International Electronics Recycling Congress IERC will take place in Salzburg from 16 to 18 January 2019. It is one of the most important conferences where the e-waste recycling industry comes together in the beautiful city of Salzburg. 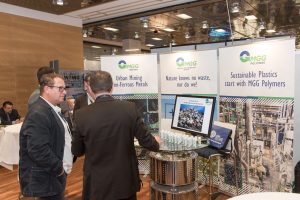 Since the IERC conferences took place in Salzburg, the Müller-Guttenbrunn Group (MGG) has sponsored the event. MGG is also represented with a stand and offers a technical visit to one of the companies of the Müller-Guttenbrunn Group every year. The excursions to the plants MGG Metrec, MGG Metran and MGG Polymers (formerly MBA Polymers Austria) are always very popular among the participants. The IERC conference visitors thus gain an insight into the innovative WEEE recycling processes developed by MGG over the last 15 years.

The Honorary ICM Award is presented annually at the IERC Congress. In recent years, both Mike Biddle (founder of MBA Polymers) and Christian Müller-Guttenbrunn (CEO of the Müller-Guttenbrunn Group) have received this award. This is a sign that MGG’s commitment is also recognized internationally. 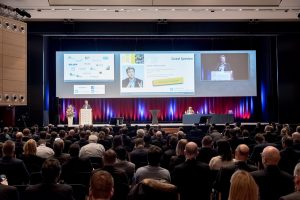 It is also expected that around 500 participants from international producers, recyclers, equipment manufacturers, recycling associations, standards bodies, NGOs and legislators will participate in this conference in January 2019. Of course, the Müller-Guttenbrunn Group will also be represented again.

At IERC 2019, Müller-Guttenbrunn will give a presentation on the legal challenges currently facing WEEE plastics recycling. The EU is currently discussing a threshold value for a commonly used brominated flame retardant. The proposals formulated could endanger the recycling of waste electrical and electronic equipment. A similar discussion is taking place at the level of the United Nations Basel Convention. The MGG calls for a balanced and intelligent approach between the goals of a recycling economy – after all, the recycling of plastics saves enormous amounts of energy and CO2 emissions – and the goals of a “non-toxic” world. The plastics, which have been used in households for decades, cannot suddenly become dangerous at much lower concentrations.

Arthur Schwesig of MGG Polymers will also give a lecture on the integration of life cycle thinking into product design. He will present a case of the use of post-consumer WEEE plastics in new products. These two presentations are integrated in the block “E-Plastics – Challenges & Opportunities”. An interesting encounter between two completely different points of view.

Link to the conference program