The presentation of the Müller-Guttenbrunn Group about innovations in the recycling of E-Waste created quite some conversations and discussions at the IERC conference – the international E-Waste recycling industry meeting in Salzburg.  Furthermore some 60 specialists were thrilled about the technical visit to the operating companies of the Müller-Guttenbrunn Group, where the innovativeness of Austrian recycling was shown.

„The challenges for the recycling of electrical and electronic waste (WEEE) are big, but the innovation efforts of the recycling industry are even bigger.“  With this sentence Chris Slijkhuis of the Müller-Guttenbrunn Group expressed what is being discussed at the International Electronics Recycling Congress – in short, IERC – that took place from the 21st to 23rd of January in Salzburg.  A total of 63 exhibitors and some 500 recycling experts from all over the world gathered at the three-day industry event, which focussed  on expert assessments of current and future market conditions and the introduction of new technologies for the processing of e-waste.  Several workshops took place as well as two technical visits  trips to the mining company Brixlegg and the Müller-Guttenbrunn Group.

„The art is to combine compliance, cost efficiency and recycling depth“

The topics at this conference were wide as Slijkhuis, responsible for public affairs at Müller-Guttenbrunn, reports: „The market conditions for e-waste recycling have deteriorated significantly due to changes in metal content and low metal prices.  What used to be a lucrative business is a struggle for every euro today.  That is why it is important that E-Waste is recycled more effectively (recycling depth) and cost efficiently.  „The fact that suitable technologies are available was shown clearly at the Congress in Salzburg. A total of about 20 lectures were held covering innovative treatment technologies – be it for traditional small or large appliances, lamps or refrigerators. 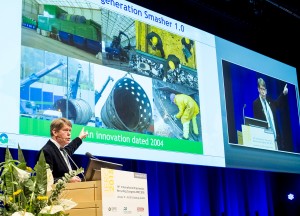 Müller-Guttenbrunn launched a new idea, which created a lively debate.

One of the speakers was Chris Slijkhuis, who presented a series of Müller-Guttenbrunn innovations that took place over the last ten years.  „A lively debate was initiated by our presentation of a study that currently undertake with the project name „Foam Capturing System „.  With this development, we are testing an environmentally-friendly way to recycle pentane-refrigerators.  Although the project is still in the development phase, it resulted in an intensive discussion in Salzburg.“

The volume of WEEE will continue to grow.

The current apparent overcapacity in the industry for e-waste recycling might turn out to be an asset if the forecasts of the development of e-waste volumes in Europe come through.  The European Commission estimates that the volume of WEEE in the EU will increase from the current ten million metric tons to twelve million tons per year by 2020.  The current objective of take-back in the EU is about four kg e-waste per consumer and this is the equivalent of approximately two million tons per year.

Another highlight for around 60 of the conference attendees was the visit to the 3 operating companies of the Müller-Guttenbrunn Group, which recycle WEEE.  The Müller-Guttenbrunn recycling professionals presented the patented Smasher and the EVA shredder on the Amstetten site.  Furthermore tours at Metran and MBA Polymers in Kematen/Ybbs were part of the program of the technical visit. 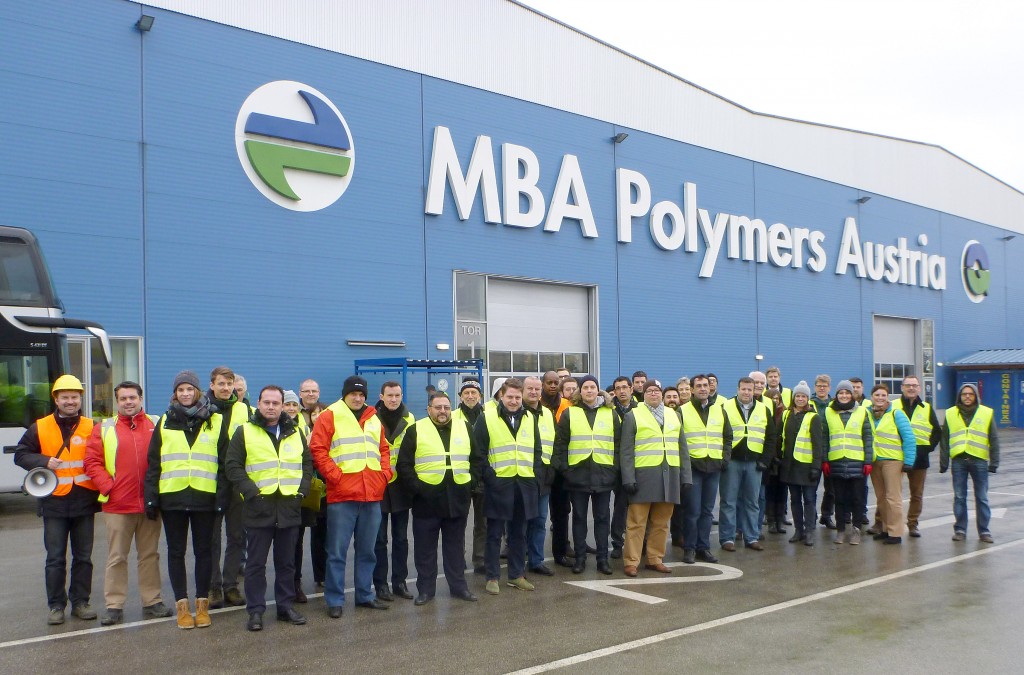