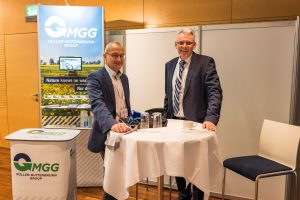 This year’s IERC Congress (International Electronics Recycling Congress) took place in Salzburg from 18 to 21 January 2022. After a one-year break due to the pandemic, the electronics recycling industry finally met again, which all participants felt was a good and necessary step in the common cause.

Thanks to the appropriate Corona concept, it was a pandemic-proof hybrid event at the highest level. Around 200 industry insiders – far fewer than in previous years – had accepted the invitation physically, while numerous delegates were on board virtually through the option of online participation. Around 40 suppliers of recycling solutions were represented as exhibitors.

One of the central topics this year was once again the „never-ending story“ of brominated flame retardants (BFRs): „For many years, the plastics industry – and WEEE recyclers in particular – have been preoccupied with this topic,“ reports EERA board member (European Electronics Recyclers Association) and former MGG Polymers managing director Chris Slijkhuis. „Unfortunately, we keep discussing the recycling of plastics with brominated flame retardants. What is particularly annoying is that we already talking about the relevant threshold values again. As before, there seems to be no long-term, consistent and, above all, uniform line here on the part of the responsible European authorities.“ 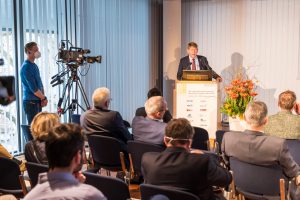 As a representative of MGG Polymers and board member of EERA, Chris Slijkhuis is one of the European experts when it comes to recycling plastics. His opinion was therefore naturally also sought at IERC 2022. Photo credit: ICM AG

Recently fixed threshold values are put up for discussion again.

What enrages the international recycling companies most is the fact that in recent years the threshold values for persistent organic pollutants (POPs) in plastics have already been fixed several times. Unfortunately, there are 3 different European laws that set all three thresholds for the same substance groups, namely the RoHS Directive and the REACH, and POPs Regulations.  In the middle of 2019, the values were corrected downwards by a new POP regulation. „This was still okay for us recyclers, because if the values remain stable, we can adjust to them and thus take the appropriate steps for the further development of sustainable circular economies in plastics recycling. The fact that the EU is again discussing a further reduction of the limit values at the beginning of 2022, both for waste and for products, with the declared wish to lower them by the summer brings enormous uncertainty for plastics recyclers. If the legal requirements do not remain constant in the long term, we will not be able to adapt to them and investments by recycling companies for a sustainable recycling economy will make little sense. Also, innovations will come to a halt.  What can we rely on?“ asks Slijkhuis.

Circular economy does not work if threshold values are constantly changed.

At a workshop organised by the BSEF (the International Bromine Council) at the IERC Salzburg Conference, which Chris Slijkhuis attended, the participating plastics recyclers demanded that consistent action finally be taken here. With the concept idea „One Substance – One Assessment“, the associations of the entire electronics recycling industry formulated a joint position paper to be submitted to the European Commission. This paper contains detailed and practical recommendations to ensure an ambitious, practicable and, above all, long-term sustainable implementation of the Green Deal for the entire electronics recycling sector throughout Europe. Speaking on behalf of EERA and Austrian plastics recycling pioneer MGG Polymers, Chris Slijkhuis summed up: „We finally need a European solution we can rely on. Security and stability are the order of the day! Because in terms of the plastics recycling economy, it is – figuratively speaking – already five to twelve!“ 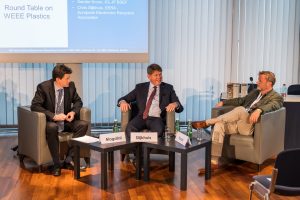 The background, or: the never-ending story of BFRs

Historically, the European plastics recycling industry is still a „young chick“. It was only about 15 years ago that the collection and recycling of old electrical appliances began. This makes stability all the more important for such a young industry. There will be no big investments and innovations if the legal framework is so volatile. And it is clear to all global players that innovations are needed in this young industry.

At the centre of the international discussion for years has been the use of some brominated flame retardants in plastics, which have been banned for more than a decade. Electronic and electrical devices require plastic in their production. A distinction must be made between appliances that generate heat (e.g. televisions) and those that do not (e.g. refrigerators). Only those types of appliances that can generate heat (mainly small domestic appliances, display- and IT-equipment) use plastics that contain different flame retardants, including BFRs. This is because it prevents the plastics from catching fire.

Some types of these BFRs are classified as POPs by the European authorities. These are sorted out in special recycling companies like MGG Polymers and sent for proper disposal (incineration). Across Europe, around 2.6 million tonnes of WEEE plastics are generated each year. Only 9 % of these plastics contain brominated flame retardants. But only half of them are follow the route of the official collection and recycling channels, the rest disappear into undocumented waste streams where proper processing is not guaranteed.

While a study by the BSEF (International Bromine Council) in 2020 certified that recycling results are not affected by brominated flame retardants, a further reduction of the limits would jeopardise the progress achieved. But not only that: for recycling companies, this reduction could have unforeseeable economic consequences, especially with regard to investments in appropriate recycling facilities.

The fact is that there is no legal stability for this – constantly developing – industry due to the ongoing discussion about threshold values. Therefore, the capacities for recycling plastics from WEEE are not increasing as fast as they actually could.

So, what can be done? Experience shows that a mix of media campaigns to raise awareness among the population and incentives for proper disposal is the best solution to this challenge. Consumers today are more environmentally conscious and therefore willing to also buy products with recycled plastic.

Therefore, the recycling industry should be supported by clear, simpler and, above all, stable legal framework conditions in order to be able to make further innovations and investments. 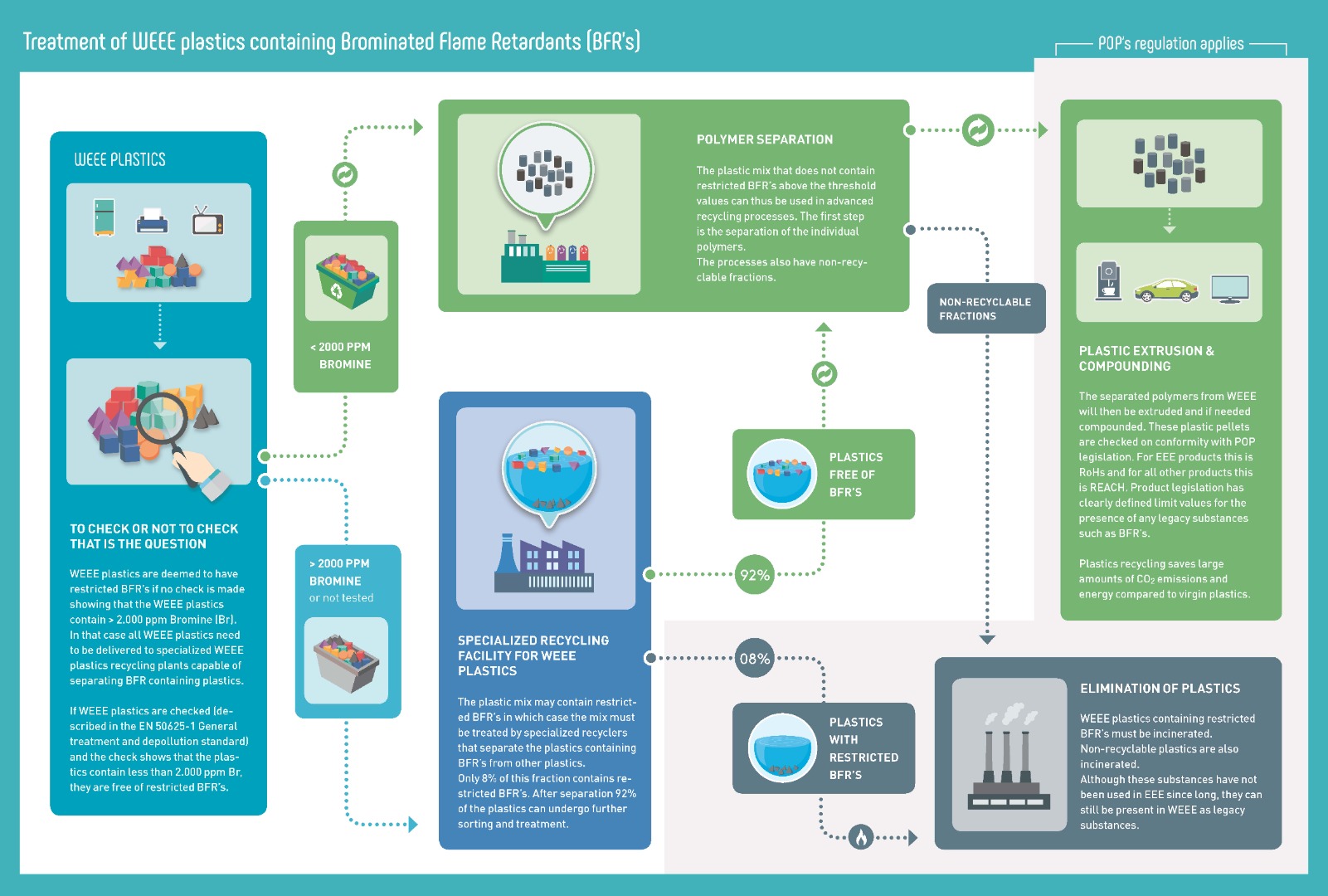