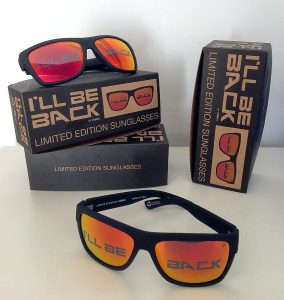 In recent years, superstar Arnold Schwarzenegger has become increasingly involved in environmental and climate protection. Through his example, the film actor and former Californian governor inspired many people – including the eyewear producers of the small Salzburg company Vision1 Eyewear. For example, they developed a very special limited edition of sunglasses, on the lenses of which you can read the saying “I’ll be back”, which is known worldwide from the Terminator films. The Müller-Guttenbrunn Group is also delighted about these accessories with that special something, because the “I’ll be back” glasses are made of recycled plastic from the MGG Polymers plant in Kematen/Ybbs. There, about 100 employees currently produce 20,000 tons of recycled technical plastics (ABS, PS, PP and PC-ABS) from old electrical appliances every year.

For all those interested: You can buy the glasses in the Müller drugstores for 39.90 euros. The Arnold Schwarzenegger climate protection initiative is supported with five dollars per sold piece. 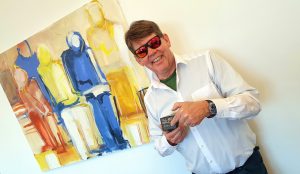 “A really cool project, and we congratulate Vision1 Eyewear with this initiative. All of us at MGG Polymers love such creative projects – just like the great PCR pen from Ritter-Pen,” says Chris Slijkhuis, General Manager of MGG Polymers enthusiastically. The Austrian plastics recycling specialist supplies recovered ABS plastic produced from end-of-life electronic as raw material for these ballpoints made by the traditional German manufacturer Ritter. The ballpoint pen is available in black and grey. All interested parties can find further information here. 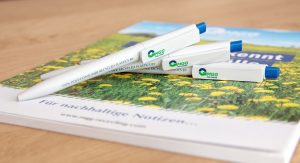 These two application examples prove once again that post-consumer recycled plastics can be used to create high-quality products with peppiness. This is an additional motivation for the MGG Polymers team to convince even more manufacturers to make greater use of recycled plastics in the future.