The most modern shredder in Austria 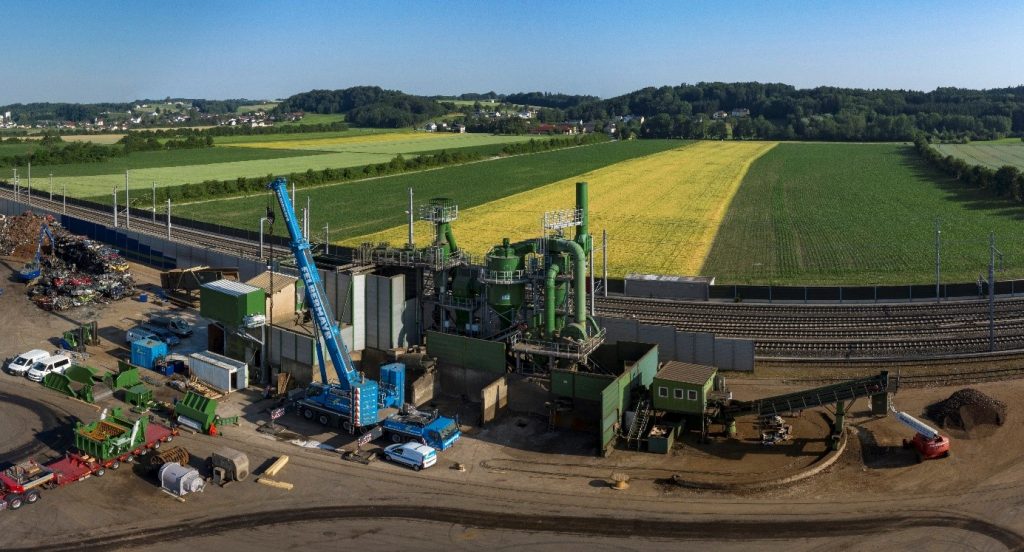 Car wrecks, scrap metal or metal-containing waste – the large shredder in the Amstettner plant of the Müller-Guttenbrunn Group shreds bulky waste in order to recycle it. After almost 35 years, a new unit has now been installed.

Recycling, environmental and climate protection are on everyone’s lips today. In order to be able to recycle waste rich in raw materials, it must first be shredded many times. For this reason, the large shredder at the MGG Metrec plant (formerly Metall Recycling Mü-Gu) is at the heart of the Müller-Guttenbrunn Group. Since 1984, the plant in the east of Amstetten has been shredding large metallic waste into fist-sized parts for further processing using the hammer-and-amoss principle. Until recently, the country’s second oldest shredder was located in Amstetten – now Austria’s most modern shredder plant is located there.

Modernization in many stages 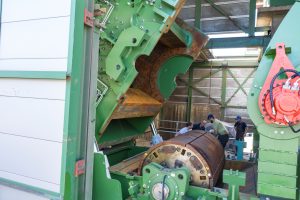 With the replacement of the shredder unit, a seven-year modernization project was recently completed. “Such a plant cannot simply be shut down, rebuilt and then restarted. That’s why we installed a new magnetic sorting system, a noise protection jacket and modern filters in stages,” says Michael Grimm, Managing Director of MGG Metrec. “With the new shredder unit and the completion of the work, we have finally made the leap into the future”. 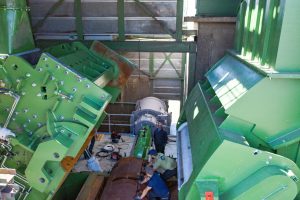 As a pioneer in the recycling industry, the Müller-Guttenbrunn Group regularly invests in modern plants. For example, the final shredder conversion alone cost around 3.7 million euros – and brings with it numerous advantages and improvements. For example, the modern drive increases the efficiency and reduces energy consumption. In addition, crushed material can be separated more quickly by a second sieve grate. The maintenance crew now also has it easier to carry out the daily inspections and weekly maintenance work, as the new shredder is much better positioned within the noise protection sheathing.

What goes into the shredder?

In total, the shredder will shred around 100,000 tons of waste annually. Of these, approx. ten percent are currently end-of-life cars, but the mammoth part consists of so-called shredder pre-material (scrap metal, dismantled steel structures, metallic waste, etc.). The iron content of the processed material is separated in Amstetten and then transported by rail to steelworks where it is melted down again to crude steel. The remaining fractions are further processed at MGG Metran and MGG Polymers in Kematen, where the various metals and plastics are recycled into secondary raw materials. In this way, the Müller-Guttenbrunn Group is making an important contribution to environmental and climate protection. Working in the three plants in and around Amstetten alone can save more than 250,000 metric tons of CO2 emissions annually compared with the new production of raw materials.