The Müller-Guttenbrunn Group obviously always finds the best weather for the annual Kart-Trophy……and also this year, the teams faced a very hot racing track on this wonderful Saturday September 7th on the Wachau-Ring near Melk. 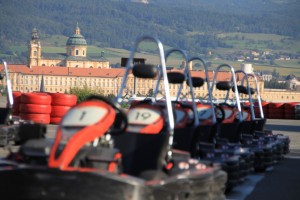 Not only the weather was hot, the entire race turned into a hot race and it could be observed how target oriented the Müller-Guttenbrunn teams really jumped into it.

Already in the training rounds, several colleagues tried hard to beat the course record, but the real thing started after lunch. In total 12 teams competed in a 100 lap course. 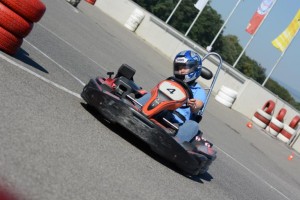 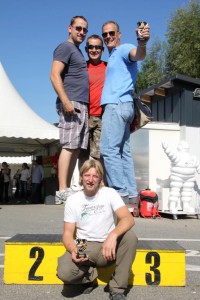 The “Metran 2” team jumped ahead of the other teams and won in the fantastic time of 1:40:40,949 just, really just before the team “MEMBA” with only 22 seconds difference. The latter team won the price for the fastest round with only 58,599 seconds.
The Hungarian Müller-Guttenbrunn team “HUCH” reached the 3rd place in the ranking of this already traditional Müller-Guttenbrunn Group Kart Trophy.
The wonderful day came to an end with some astonishing views into the Austrian Championship Car-Drifting and we were all amazed these “lords of the drift” controlled their drifting and sliding cars.
Social Share