“There is no machine I’m not familiar with!” 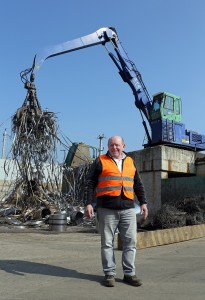 Mr. Tatzreiter, you have now been employed for 41 years at Müller Guttenbrunn – quite a long time time indeed. Do you still remember precisely on which day you started?

How did it even come about that you started to work here?

Tatzreiter: I did not start here in Amstetten, but in Waidhofen an der Ybbs. Since I was born in Waidhofen, I first completed an apprenticeship as a locksmith there. But I did not have particularly great desire to always work in halls – I definitely wanted to work out in the open. So I applied at Müller-Guttenbrunn because they were just looking for someone.

What were your tasks when you started?

Tatzreiter: I first did all sorts of work, and then I was an excavator driver – in other words a machinist. Over time, more and more tasks were added. This also meant that there was constantly something to be repaired. Consequently, I took over the repair work and gradually took charge of it all so that the machines would always run.

Your job as a production manager therefore went hand in hand with the upswing at Müller-Guttenbrunn?

Tatzreiter: Yes, you could say so. The company experienced a particularly rapid growth after we moved to Amstetten. Large machines such as hydraulic shears, excavators and a scrap mill were added. When we came to Amstetten, we were five workers. A few years later, we were already 20 and have never stopped growing.

For sure, a lot changed for you as well with the move to Amstetten?

Tatzreiter: Of course – in 1976, I first got married and then, as the company had moved, I relocated to Amstetten, too.

Tatzreiter: That’s for sure – in the very beginning, it was not even surfaced. There were still a lot of bomb craters from World War 2. This naturally made it anything but easy when it rained and the work had to be done on the unsurfaced ground in rubber boots. Today, where everything is super surfaced, you can easily walk with loafers about the place.

There were also repeated changes in the machine sector – which ones do you still remember?

Tatzreiter: In 1976 we got the first scrap shears and two years later, a scrap mill. Specifically, the car bodies were cut with shears and then crushed by the scrap mill. At that time, the metals were still sorted out manually – today this is done almost entirely by machine. This has completely changed. In 1985, the large shredder was commissioned, and it is still running to this day. It was repaired again and again and many parts were exchanged and some things were rebuilt. Another shredder with which the entire electronic scrap is processed was installed three years ago. Today, these two shredders and a large pair of shears are our main processing components here in Amstetten.

Can you also say exactly at which point you took over the position of production manager?

Tatzreiter: That was in 1985 when we commissioned our large shredder. Since then, work increased by leaps and bounds. Before that, I participated far more directly. That means I worked in maintenance and drove with a wheel loader or excavator. In addition, I operated the different machines – such as the scrap mill or the scrap shears. Thus there was and is not a machine in operation that I am not familiar with. But in 1985 came the time when I had to give this up and had to start looking after the allocation and production management.

Did you miss this direct, hands-on participation – at least initially?

Tatzreiter: No – after all, I still get on an excavator or wheel loader to this day and drive around with it so I don’t forget how it’s done. Thus I also always know all about the machines when I talk with my colleagues about them. Since I am outside a lot at the production site anyway as a production manager, the transition was not difficult at all. 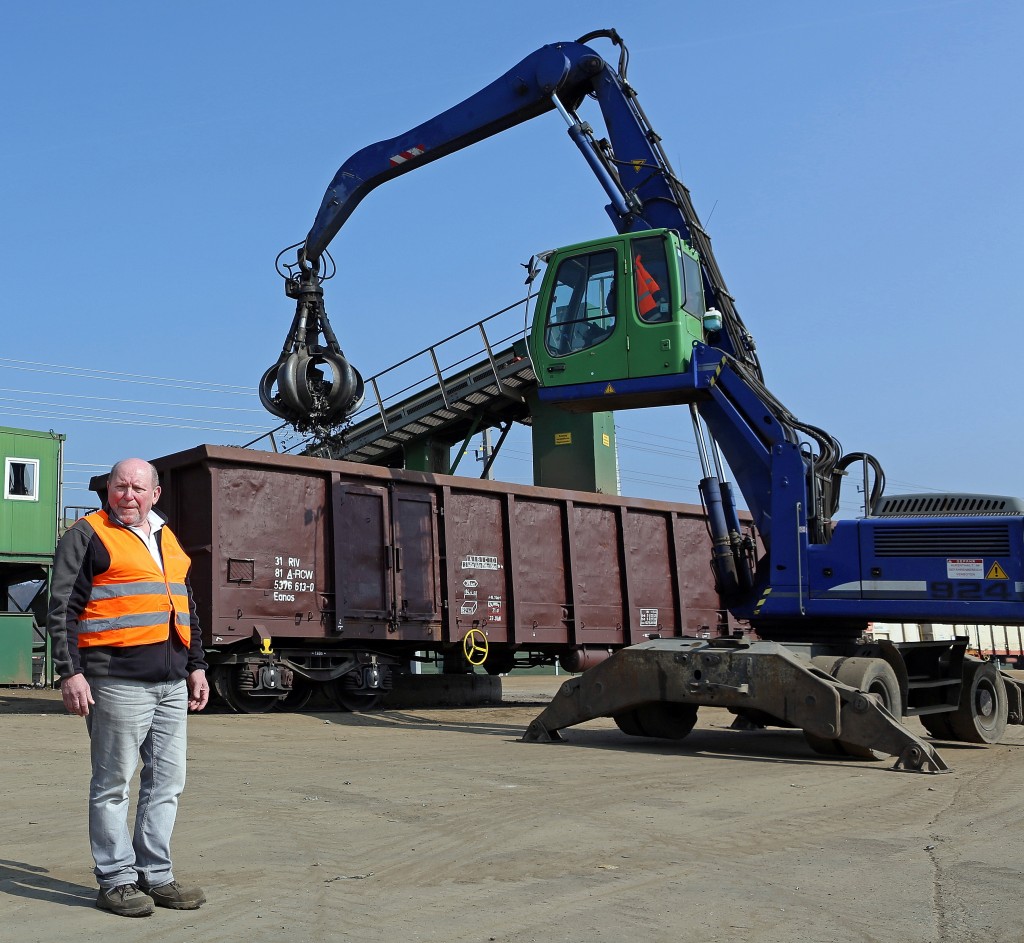 So what exactly are your duties as a production manager?

Tatzreiter: Firstly, the most important thing is the allocation of personnel and equipment. That means I am responsible for the entire production process – from the delivery of the material to the processing all the way to shipping the processed material. I must also make sure that there are always wagons available. For everything to run right, the proper device must always be available – therefore I am also responsible for the procurement of equipment in collaboration with my colleagues. Also, the entire area should be as clean as possible – another one of my tasks. An important part of my work consists in training young colleagues to whom I try to pass on my knowledge and my experience.

Is there a typical working day with all these tasks?

Tatzreiter: No, no two days are ever the same. Of course there is some work that is repeated on a routine basis – such as the wagon ordering, since 10 to 15 wagons are loaded with processed iron and metals every day. But each day brings new challenges – sometimes in a quite surprising way.

What would be such a challenge in your work?

Tatzreiter: An example would be many trucks arriving at the same time. In such a situation all drivers would naturally like to unload as fast as possible in order to not waste any time, which is of course not possible. It is important to demonstrate skill and sensitivity in order to coordinate everything as well as possible during these peak hours. This equally applies to the further processing.

The proper coaching of your successor is of course a challenge too now. How are you experiencing this task?

Tatzreiter: That’s no big deal. We have already been working together for 10 years. Since it has been clear for quite some time who will succeed me as production manager, I have been able to begin to prepare everything for an orderly transition at an early stage here. I know by all means that „my“ production site will be in good hands.

When you go into retirement, you will certainly have more time for your hobbies. What are you particularly looking forward to in this respect?

Tatzreiter: Of course, I will have more time for my family. My hobbies include motorcycle riding, hiking, skiing, biking and gathering mushrooms – things I already do now once in a while. What I want to do for sure in my retirement is travel a bit more.

We already wish you lots of fun with this and a good time with Müller-Guttenbrunn until then – thank you for this exciting interview!