With the Bobbycar into the recycling future 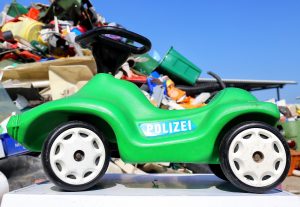 How do you dispose of a broken Bobbycar correctly? An elderly gentleman is looking for a suitable container in a municipal waste collection center. However, the toy, basically consisting of a lot of plastic with a little metal, does not “fit” into any of the containers set up for various types of waste. In the end, due to its composition, it ends up in bulky residual waste container and will thus end up in an incineration plant. MGG employee Günther Höggerl observes this scene and is taken aback: “Isn’t a lot of valuable recycling material being lost here? A lot of plastic and metal could be recovered from children’s toys, old garden furniture, shower walls, sports and leisure articles!”

This scene in late autumn 2015 prompted the Müller-Guttenbrunn Group (MGG) to think about ways of recycling these valuable materials in order to prevent the incineration of such valuables together with the residual bulky solid wastes. The collection of solid plastics in the trial regions of Lower Austria – the “Bobbycar Project” – was born.

The challenges: Collection and transport 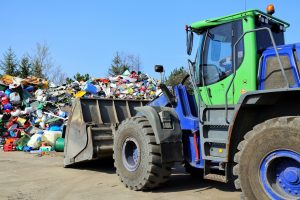 One of the first major hurdles in realising the project was the separate collection of large quantities of solid plastics and efficient transport to the MGG recycling plants. The Müller-Guttenbrunn Group has established this separate collection in three trial regions in Lower Austria (Amstetten, Scheibbs, Melk) in close cooperation with the municipal waste collection partners in these regions. In addition to the large waste container for the large bulky residual waste, some selected waste collection centers have set up their own containers for the collection of this solid plastic waste fraction. “The real strength of the project lies in the fact that the plastic-rich waste collected may also be “contaminated” with metals. While metal components can cause machine damage in highly specialized plastic recycling companies, the opposite is the case at Müller-Guttenbrunn! The comminution and separation of metals is virtually in our DNA,” explains Günther Höggerl, who is in charge of the project.

A transport solution in special containers also had to be developed for this purpose. The solid plastic waste objects usually have of low relative weight and an even greater volume, so that they need to be compressed. This is a necessity to avoid excessively high transport costs. In this way, a truck can deliver five times as much material at once. “To collect and compress these goods, we therefore need the regional waste management associations as key partners in this project. This of course saves them from spending a lot of money to incinerate large amounts of bulky waste,” Höggerl underlines the importance of this cooperation.

New ways to reach the goal

The Müller-Guttenbrunn Group also had to break new ground. Even the shredding of the quantities of solid plastic wastes posed a challenge, because the shredders used by MGG are designed principally for metal-rich waste. For this reason, MGG decided to invest in a specialized shredder unit of latest design that is optimized for plastic-rich and low-metal waste. 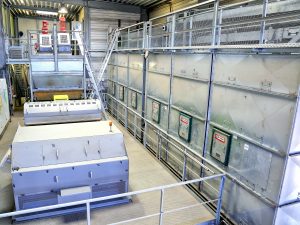 After shredding, the metals are separated at the MGG Metran plant. The total metal content is between one and five percent and consists mainly of iron or aluminum.

In the subsequent recovery of the plastics by type, the company also ventured into previously unfamiliar terrain. While MGG Polymers draws on years of experience in the sorting of PP, PS and ABS, a process for the recovery of previously unsorted plastics such as polyethylene (PE) or plexiglass (PMMA) was successfully set up at MGG Metran’s neighbouring plant. This is important because a high proportion of the hard plastic supplied consists of polyethylene (PE).

A plus for the environment

Last but not least, the extrusion lines at MGG Polymers produce high-quality plastic granules with very good properties from the sorted, separated plastic granulates. These can now be processed again in new plastic products.

Overall, the Müller-Guttenbrunn Group can recover approximately 80 percent of the entire material by combining a few process steps. Plastic recycling is an enormous plus for the environment, as it is many times more eco-efficient than the incineration or production of plastics from primary raw materials.

Things are moving at a rapid pace

The Bobbycar project has already gained a lot of momentum in the last two years. When the processing of 200 tons of collected hard plastics began in 2016, the volume had already risen to 500 tons in the previous year. For this year, Günther Höggerl has set 1,000 tons as a concrete target. In addition to the pilot project in Lower Austria, the state of Upper Austria was also inspired by the project. “Our goal must be to efficiently collect and recycle the solid plastics in bulky waste throughout our entire environment. After all, recycling one ton of engineering plastics can save around 4.5 tons of CO2,” says MGG Managing Director Christian Müller-Guttenbrunn, convinced of this future project.

Facts and figures about the Bobbycar project

The Lower Austrian Waste Management Plan 2016 – 2020 provides for the specific goal of recovering valuable materials (including metal and plastic) from bulky waste. The Bobbycar project of the Müller-Guttenbrunn Group puts this goal into practice.

In Austria, 270,000 tons of bulky waste are generated each year. In Lower Austria it is 44 kilograms per inhabitant per year.